Screen your film at SN with Bluescreen 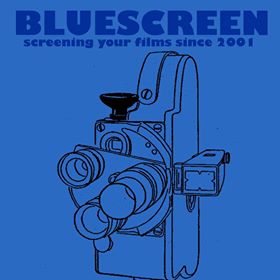 Bluescreen are a film collective from Bristol, passionate about short film and their sole purpose since 2001, has been to screen as many Short Films as possible, made by Filmmakers hailing from Bristol, England. Over 1100 films and counting… Heading up Bluescreen are Steve and Tess.

Bluescreen host regular open screenings at The Cube Cinema, Bristol (their spiritual home) and have held screenings further afield in and around the UK, Europe and USA. They believe they may have screened some films in China too… And they host the longest running short film night in Bristol!

This weekend, Bluescreen are returning to Supernormal for their 4th time and will be hosting not one, but 2 screenings! If you like short films you will love Bluescreen.

Friday copy: Screenings from the Archives
Friday evening you will be able to see a choice selection of Short Films previously screened at recent Bluescreen events. Expect an eclectic mix of genre defining short films!

Sunday copy: Open Screening
Sunday’s screening will involve you, the Supernormal going public! Because this will be a Bluescreen Open Access Screening event. They want your films!
What they want is for you to bring along any films that you have made yourself, 30secs-10mins in length and on a Memory stick or a DVD. Alternatively why not just make a film at the festival and get it screened at Bluescreen! Just drop films into the Peoples Palace Cinema tent on Friday/Saturday.